Up for your consideration a signed oil on canvas painting by Tassos Mantzavinos.

*Please contact us before purchasing to ensure the item is in stock.

Tassos Mantzavinos was born in Athens in 1958. He was an Athens School of Fine Arts student (1979-1985). Upon graduation he had his first solo show; another ten followed. He has taken part in group exhibitions as well as global events. His works are found in private and public collections in Greece and abroad. He has also illustrated the following books: Anti tis Siopis by Lefteris Poulios (Instead of Silence, 1993), O Afanis Thriamvos Tis Omorfias by Argyris Chionis (The Unseen Triumph of Beauty, 1995), Mikri Zoologia (The Little Book of Zoology, Collective Work, 1998) and I Naftilia Kyklous Kanei by Philippos Begleris (Shipping goes around in circles, 2011). Between 1986 and 1996 he taught free-hand drawing at the Vakalo School of Arts. He lives and works in Athens. (1)

2010 Offerings of Europe: Christian votive practices in the East and the West, Muzeum Kresów, Lubaczowie, Poland (curated by Louisa Karapidaki)

2010 A world of votive offerings, organised by the Hellenic Folklore Research Centre of the Academy of Athens, Hellenic American Union, Athens, Greece (curated by Louisa Karapidaki)

2009 Human and Divine, French Embassy in Athens, a collaboration of the National Museum of European and Mediterranean Civilisation of France and the Hellenic Folklore Research Centre of the Academy of Athens, Athens, Greece (curated by Louisa Karapidaki)

2009 Oli-vie-r, organised by the Hellenic Folklore Research Centre of the Academy of Athens, “Agro-pôle Olivier” National School for the Agriculture of Meknes, Morocco (curated by Louisa Karapidaki)

2007 Tamata & thavmata, organised by the 21st Ephorate of Byzantine Antiquities and the National Museum for European and Mediterranean Culture of France, Corfu, Greece (curated by Louisa Karapidaki)

2006 Once upon a Time there was Penelope Delta…, Athens College, Athens, Greece (curated by Iris Kritikou)

2004 In praise of the Olive Tree, Academy of Athens, Athens , Greece(curated by Louisa Karapidaki)

2002 Designing of the poster for the 44th Thessaloniki Festival “New Horizons”, Thessaloniki, Greece

1998 Designing of the poster and invitation for the IX European Signal Processing Conference, organised by the Athens University –Computer Technology Instisute, Greece

1994 The Loss of Form in Space, Nees Morfes Gallery, Athens, Greece (on the occasion of the homonymous essay by Eleni Vakalo) 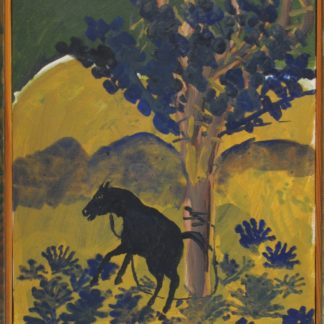